When I started long distance running – like longer than the 3.1 mile courses of high school cross country –  I began to hear rumors about toenail loss.

Gross, I thought. I can’t imagine that happening to me.

I’d made it through 15 years of dance and three years of track without so much as a ripped nail, so I felt pretty confident in my assertions that I was somehow impervious to toenail loss. And through 10 half marathons and 4 fulls I was right.

The fifth full however… 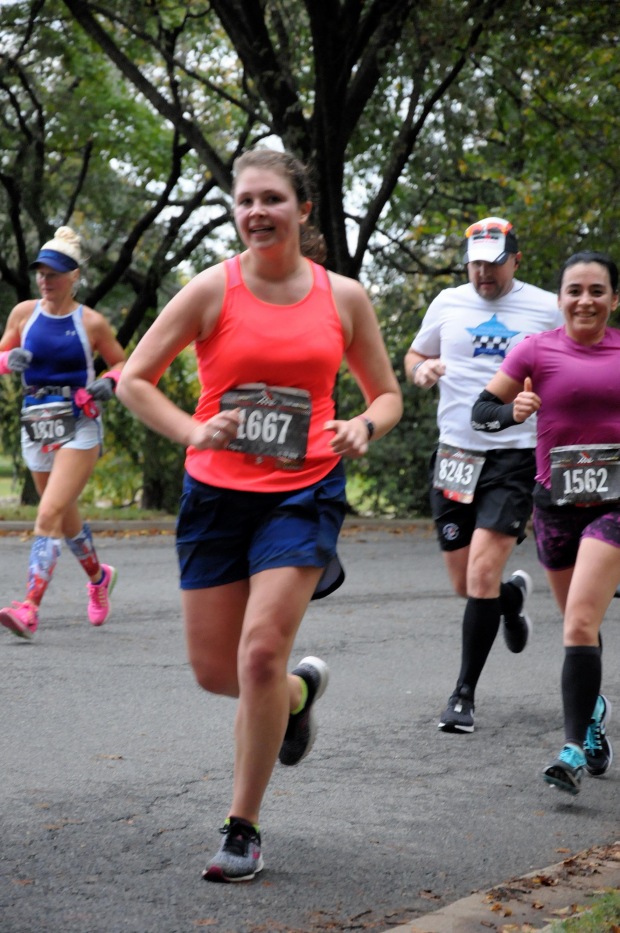 The day after the Marine Corps Marathon this fall I was sore all over – not unusual for a post-marathon day one – and my fourth toenail was black (that had never been seen before). For weeks it stayed that way, it didn’t really hurt, but it weirded me out. I even painted my toenails (something I almost never do) in an attempt to hide it.

Instead, the week after I found myself with 9, not 10, bright pink toenails. If I’d been thinking I would have snapped you a photo so you all could see what a strange site it was – 9 not 10 toenails – but it was getting close to Thanksgiving and I plainly wasn’t.

I felt like I had lost a part of me. My toenail, but also my pride in being a runner that I had never lost one. 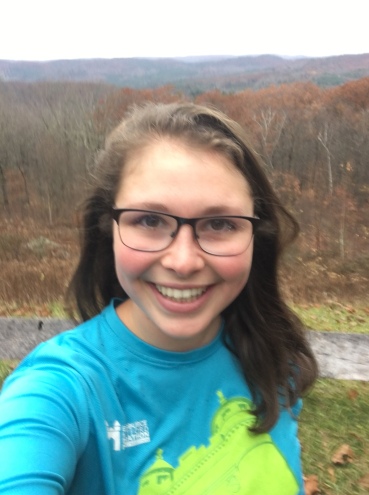 One of my first runs without a toenail…you can tell I didn’t feel normal because I took the time to stop and take my hair down mid run.

I’m normal, I told my boyfriend. He shook his head. “Nope,” he said. “Running so much that your toenail falls off and signing up for another marathon the same week makes you anything but normal.”

I guess he had a point.

In the six weeks since then I’ve lost 3 more and learned an awful lot about onychoptosis (that’s the technical term for toenail loss). For starters, it might mean after 5.5 years of being a loyal size 10 Brooks Launch wearer I might need a pair of wider shoes. The second most common reason for onychoptosis is wearing shoes for long distances that are too small and put pressure on the toenail.

The first most common reason is a fungus and I’m 99.9% that’s not what caused it.

I’ve learned that you don’t want to rip the rest off if there is some still attached (it hurts a lot!), you definitely don’t  want to leave any part dangling (it does not feel good when caught by a quickly removed sock) and always, always cover the toe with a bandaid.

As I am now under 5 months away from my sixth marathon, I’m going to stop counting my toenails before they survive so bigger shoes, more padded socks and a weekly inspection are in order.

Unfortunately, it is time I get down off my high horse and accept it, I am not above the threat of onychoptosis.

Hi! I’m a Registered Dietitian, writer, runner and New England native who specializes in helping people reestablish their relationship with food and believes that all foods can fit in a healthy lifestyle!

Life with ED, the Podcast is available on Spotify, iTunes, SoundCloud and soon to be google play. Check it out, rate it, leave a review and subscribe!

If you’re interested in working with me as a client or patient please contact me via email at werthyourwhilenutrition@gmail.com.

With any comments, concerns, stories or ideas for future posts (especially Life with ED ideas) feel free to contact me at werthyourwhilenutrition@gmail.com