Give yourself a chance to try

For nearly five years that had been my identity. I ran – a lot – nearly every single day and for on average 30 to 40 miles per week, but I did so slowly.

I rarely finished a 6 mile run in under an hour if I was by myself and the dream of breaking 4 hours in the marathon (I have consistently run my past 4 marathons just a few minutes over) has been just that, a dream.

This summer I was feeling slower than ever.

During the race I ran with mom at the end of September I realized I had a lot more speed in me, it was time to start competing again.

I took an hour to run 5 miles (including two bathroom stops) one morning at the end of August. It was hot, my feet were heavy and I thought well, maybe I’m just tired.

But when I was showering and getting ready for work I didn’t feel tired. Not physically at least. I barely even felt like I had exercised.

I thought back to high school, when by Friday afternoon, after a weeks worth of track workouts and long runs, my body was sore and exhausted in the best way. Tired, but getting stronger. It had been months since I’d felt like that at the end of a week and years since I’d felt the kind of nerves I used to before races. Races were routine, normal, whatever almost.

For years forcing myself to take the competition out of running had felt like a gift. I could run and not care about my time? I could run just for the pure fun of it?  That was an incredible thought and much needed in order to recover from the tireless pressure of an eating disorder (not to mention several different stress fractures.)

But not competing (not trying really) didn’t feel like a gift anymore. It felt sad and boring.

This past Friday night, lying in the guest bedroom of my friends house I felt pre-race nerves for the first time in years. Instead of overwhelming, they felt freeing. I gladly breathed them in, soaked in the energy and did my best to sleep through the night.

At the starting line in the morning, while trying to help my friend feel excited and comfortable for her first half marathon, I felt strange, almost too relaxed. My body simply felt ready, like it knew better than me how to do this.

As the miles through the cold rain passed I  did my best to not let my thoughts get in the way of my legs. They were pulling me naturally along at a pace over 1 minute per mile faster than I usually ran and every now and then my brain would try to stop them. 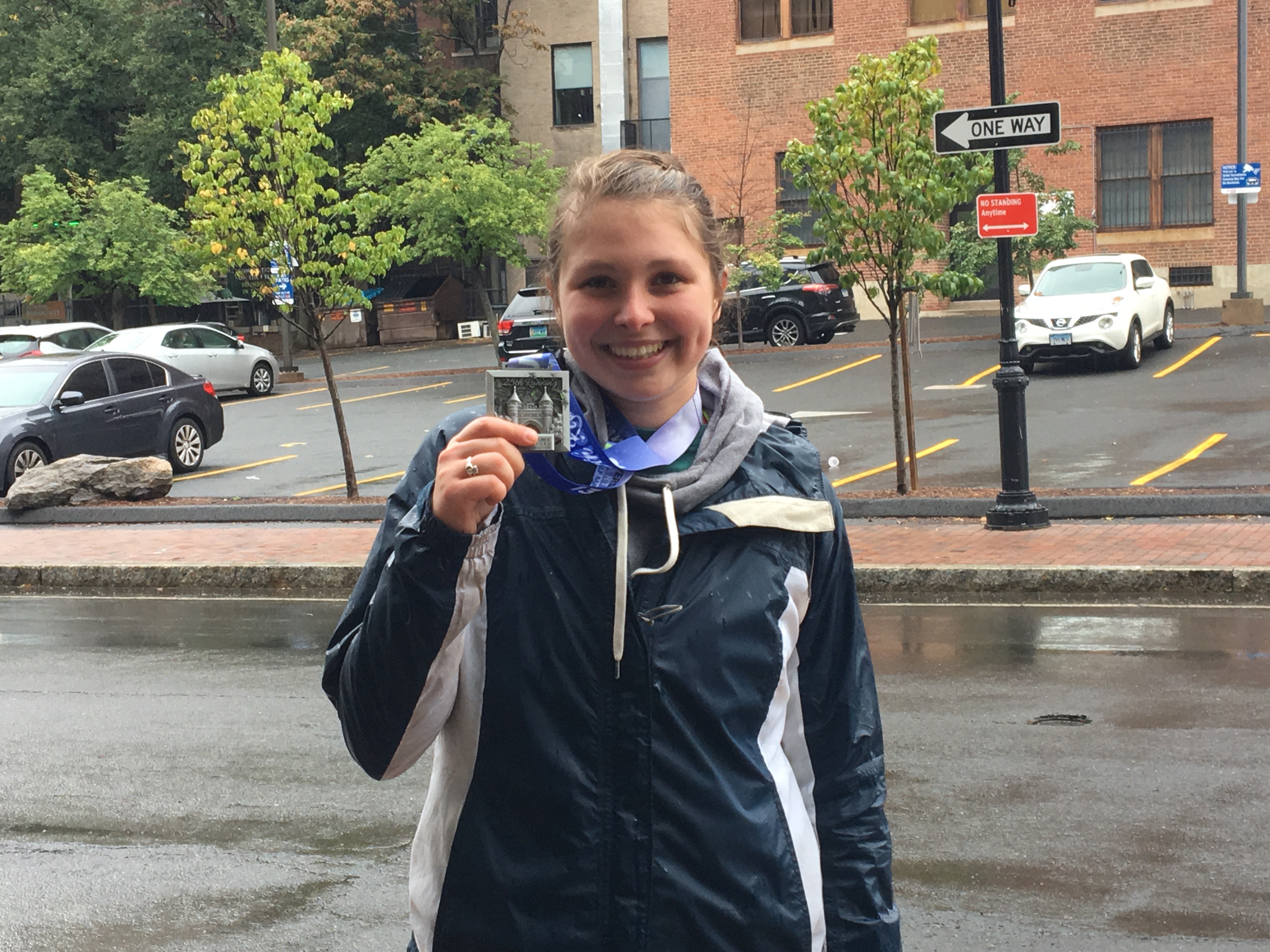 Wet, cold but so, so happy and proud.

You’ll still break your record if you slow it down now, why not?

Be careful, you might slip and get hurt, don’t you think you should slow down.

To each warning my legs responded by pushing harder. Faster. More. I didn’t need to be a 2 hour half-marathoner anymore. I had broken two a handful of times, but that day I wanted to leave it in the dust. I wanted to forget all about that of race and establish a new one. One where I allowed myself to try.

I don’t need to be thin to be a fast runner, ED was all wrong about that. What I need is a little love, a little faith, a little bit of cinnamon flavored ice cream curtsey of the UConn Dairy Bar and the chance to really try.

So your child has an Eating Disorder…now what?

"It seemed like a good thing, they really wanted to eat healthy food..." "I thought they just were starting to care about their fitness..." "She's always been picky, I didn't realize that it was this big a problem..." "She won't let me cook for her, she won't eat at...

It's January 12, there is snow on the ground here in Connecticut and yet again I'm planning, strategizing and setting goals for Werth Your While Nutrition. After three and a half years of this business thing I thought it was about time for a formal update. It's...

Welcome to our new dietitian!

In 2018, when Werth Your While Nutrition first began I wrote as a long term goal, "hire a team." At the time, I wasn't quite sure what that meant or where this little idea to help and support families through eating disorder recovery would take me. This week, in order...